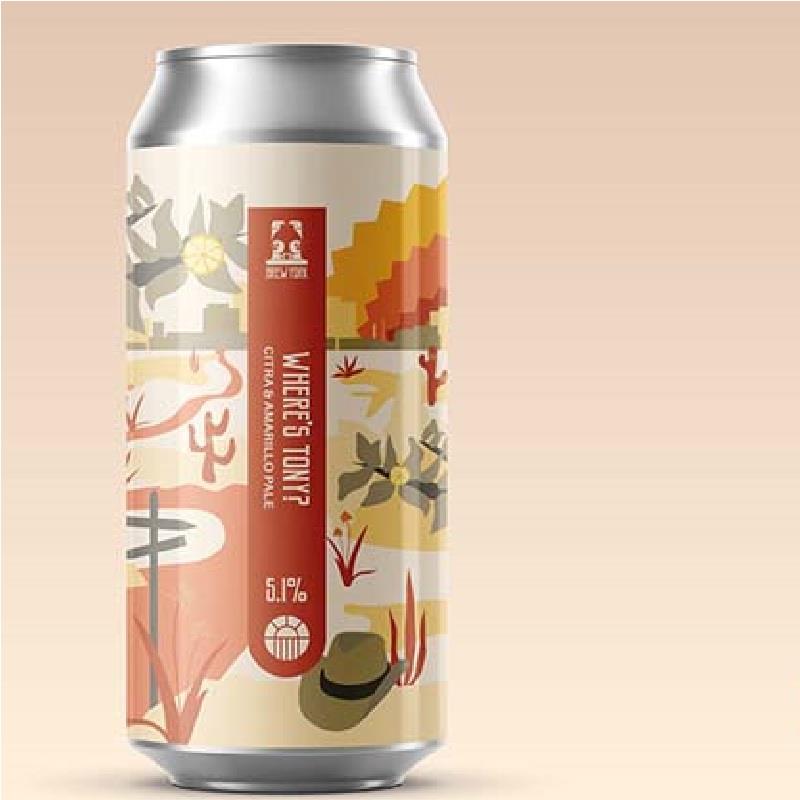 We pointed Tony in the right direction with “It’s This Way, Tony!”, but somehow he still lost his way and we can’t find him. A combination of mainly Citra and Amarillo
creates a juicy, citrus-forward hazy pale with subtle floral undertones. Other hops in the whirlpool contribute to the tropical finish.