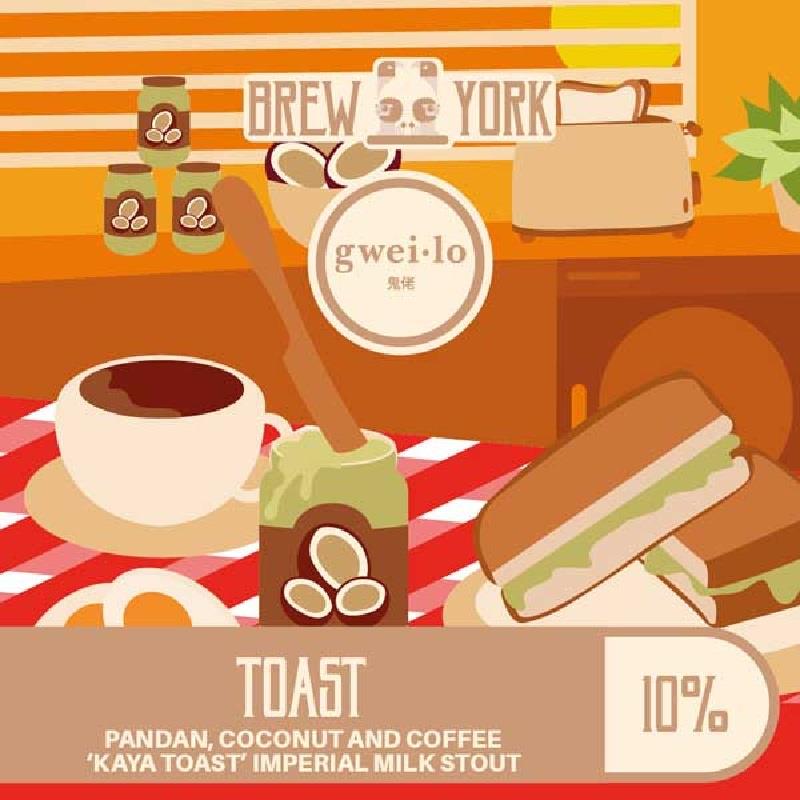 Breakfast, the most important meal of the day, right? Well we’re celebrating our 6th birthday with an epic quad pack of breakfast-inspired beers. Collaborating with Gweilo on this beer inspired by the Malaysian breakfast dish. Combining coconut and pandan for a sweet, creamy note to the rich and black coffee-bitterness of the stout.