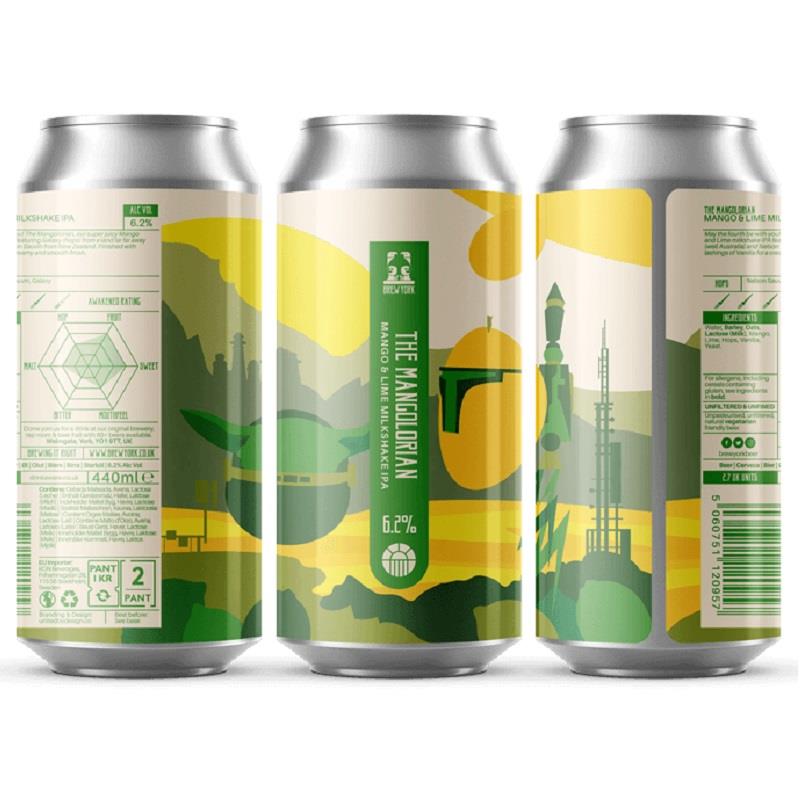 May the fourth be with you! The Mangolorian, our super juicy mango and lime milkshake IPA featuring Galaxy (hops) from a land far far away (well Australia) and Nelson Sauvin from New Zealand. Finished with lashings of vanilla for a creamy and smooth finish.