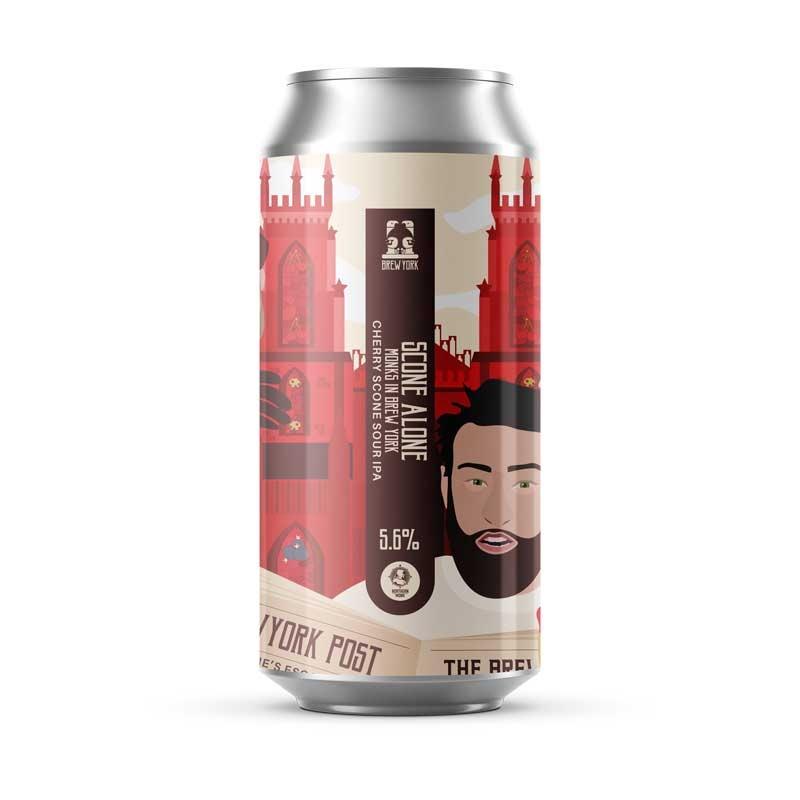 In our latest collaboration with our good friends at Northern Monk, Scone Alone – Monks in Brew York takes inspiration from a famous chunky Yorkshire bun. Our sour IPA is packed full of sweet cherries and blackcurrants, whilst additional lactose adds body and accentuates the fruity flavours. Speciality malts impart a sweet biscuity scone character which is delicately balanced with warm notes of cinnamon and vanilla. Make sure you grab one before it’s scone!