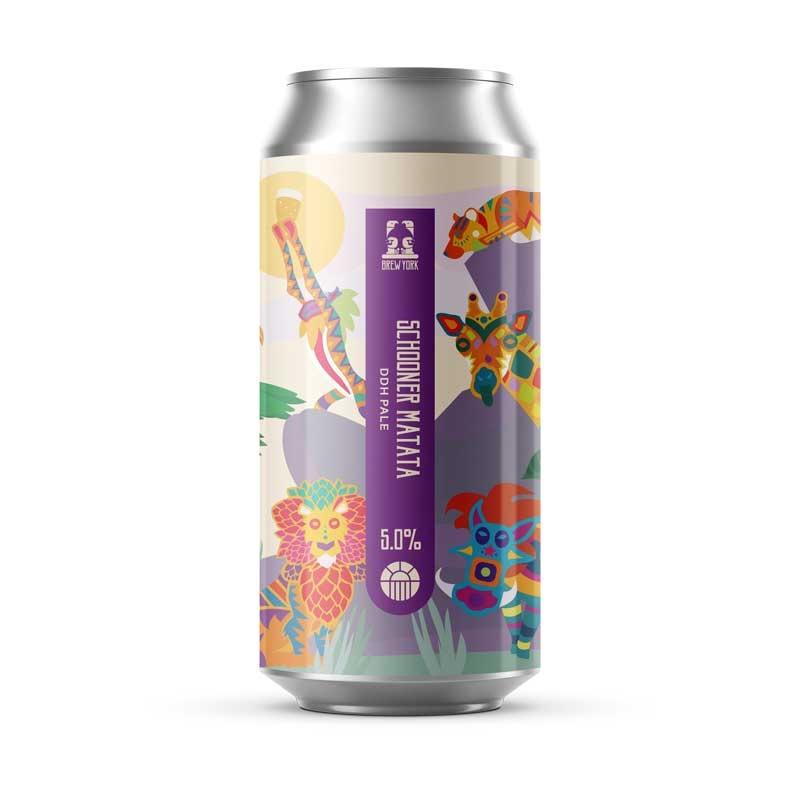 Schooner Matata, what a wonderful phrase, Schooner Matata, A DDH Pale ain’t no passing craze! A holy trinity combo of Citra, Simcoe and Mosaic with some Chinook for bittering has created this super soft and full bodied pale ale. A new yeast based on a famous New England strain gives a sweet finish with loads of citrus and stone fruit. Creating an easy drinking yet juicy pale ale for the summer is our problem-free philosophy, Schooner Matata.