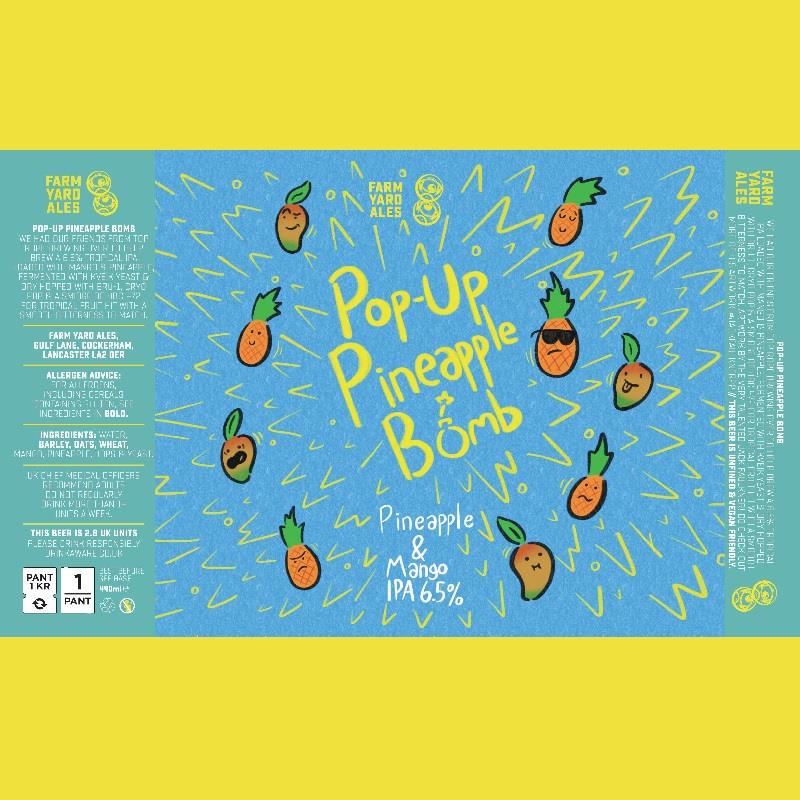 A collab with our amazing friends from FarmYard Ales, a tropical IPA loaded to the hilt with Mango & Pineapple, fermented on Kveik yeast and then dry hopped with Bru-1, Cryo Pop, Simcoe just a smidge of HBC 472 for a joose hit with a smooth bitterness to match. Contains gluten. Vegan friendly.