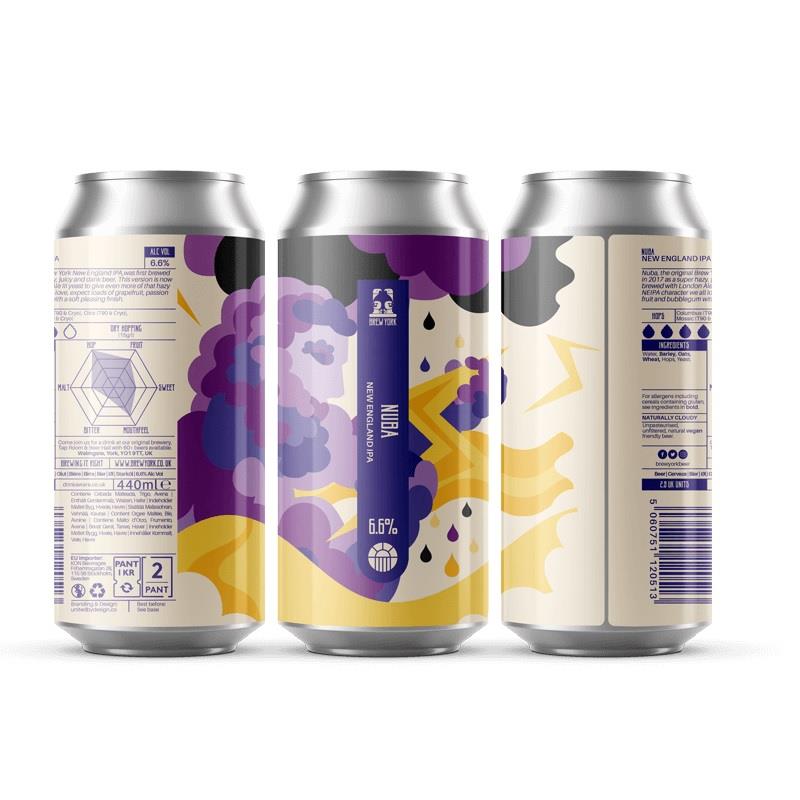 Nuba, the original Brew York New England IPA, was first brewed in 2017 as a super hazy, juicy dank beer. This version is now brewed with London III yeast to give it even more of that hazy NEIPA character we all love, expect loads of grapefruit, passion fruit and bubblegum with a soft pleasing finish