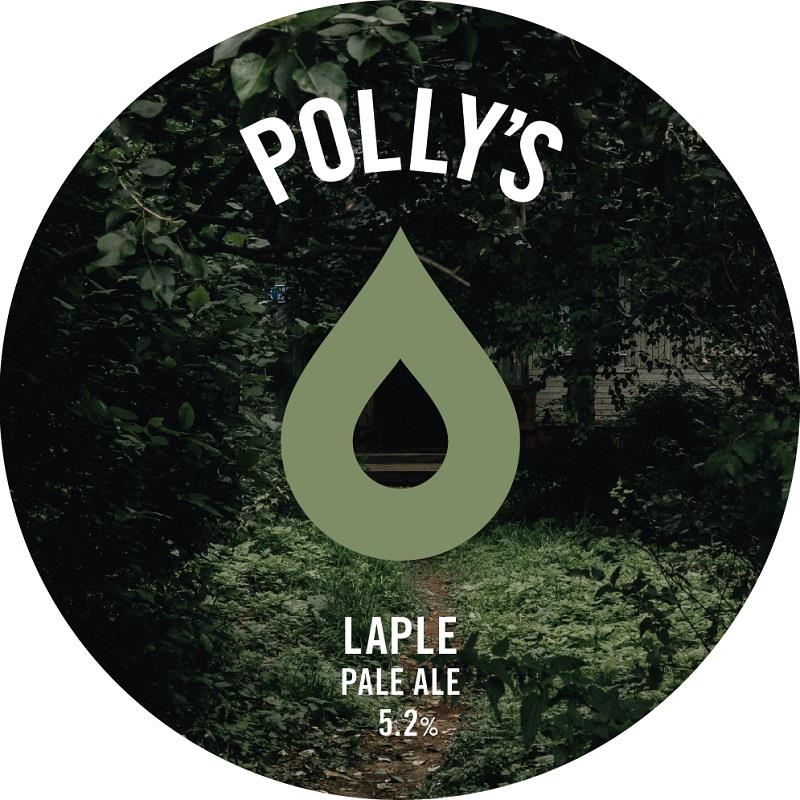 A question popped up on a lunchbreak before Christmas in the brewery (because naturally, our brewers can't talk anything but beer, even on their breaks), about what hop varietals would be on their Mount Rushmore of beer. There seemed to be a common thread of Citra, Mosaic and Simcoe across the board, but the fourth varietal seemed to have them nearly at eachother's necks. Matt, ever the bold one, shouted up Idaho-7 on the basis of how much it had improved over the period of time we'd used it in the brewery. With a gap in the brew plans for January, we decided to fulfil Matt's pale ale fantasy and commission Laple - a certified smasher of a pale ale positively bursting with high juice tropical notes.

POLLYS BREW CO
-
Since launching in early 2018 we have grown and adapted our setup to form a small but tight-knit team of ten running the day to day operations of the brewery.

Our motto is to never stop improving; we’re always learning and tweaking our beer designs to create the best beer we possibly can, packaged into only kegs and cans to optimise freshness and keep our beer tasting as fresh as it does from the source.