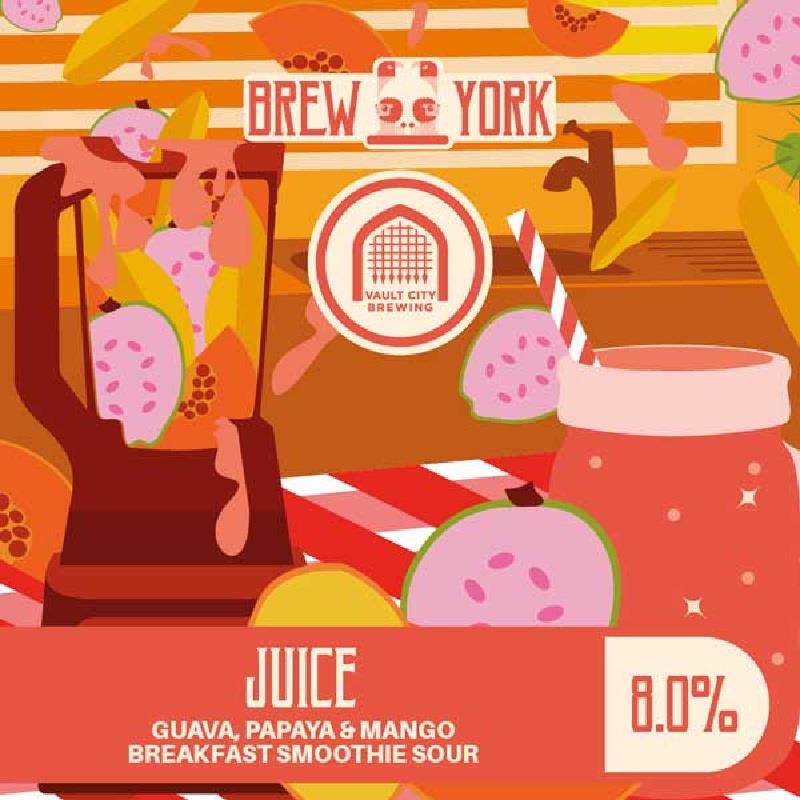 Collaboration with Vault City Brewing.
Breakfast, the most important meal of the day, right? Well we’re celebrating our 6th birthday with an epic quad pack of breakfast-inspired beers.
For JUICE we’ve collaborated with Scottish Kings of Sours, Vault City, for tropical fruit smoothie explosion to get those 5-a-day in!