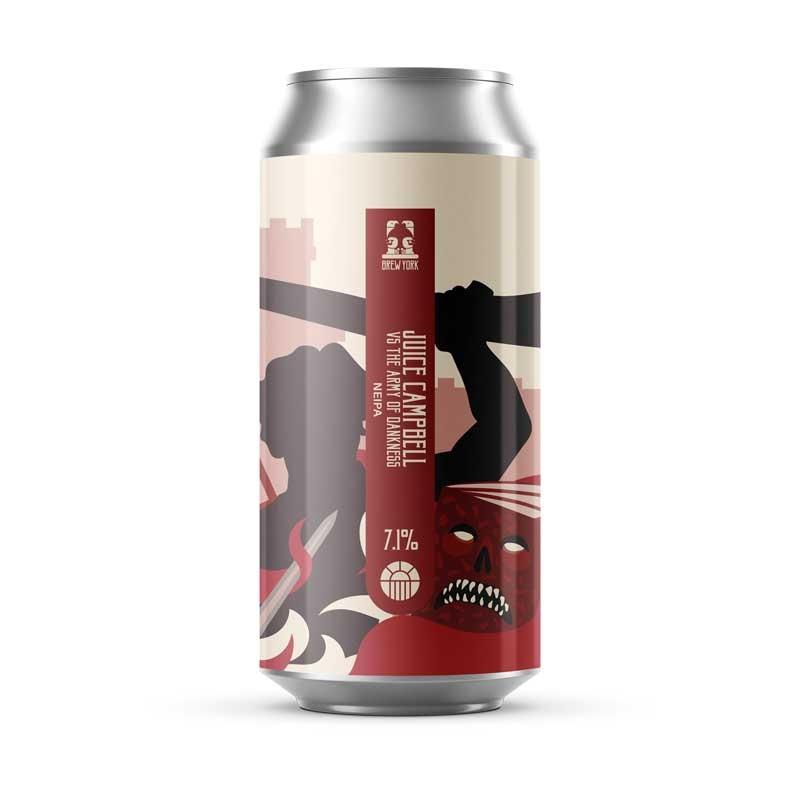 BREW YORK Juice Campbell vs The Army of Dankness - 440ml

Alright you primitive screw heads, listen up! You see this beer? This… is our tribute to the greatest legend of horror comedy. Juice Campbell is a New England IPA with Boomstick hits of citrus, pithy grapefruit from the classic New England hop combo, emphasised by London Fog yeast which leaves a pleasing residual sweetness. Hail to the King baby. Groovy…