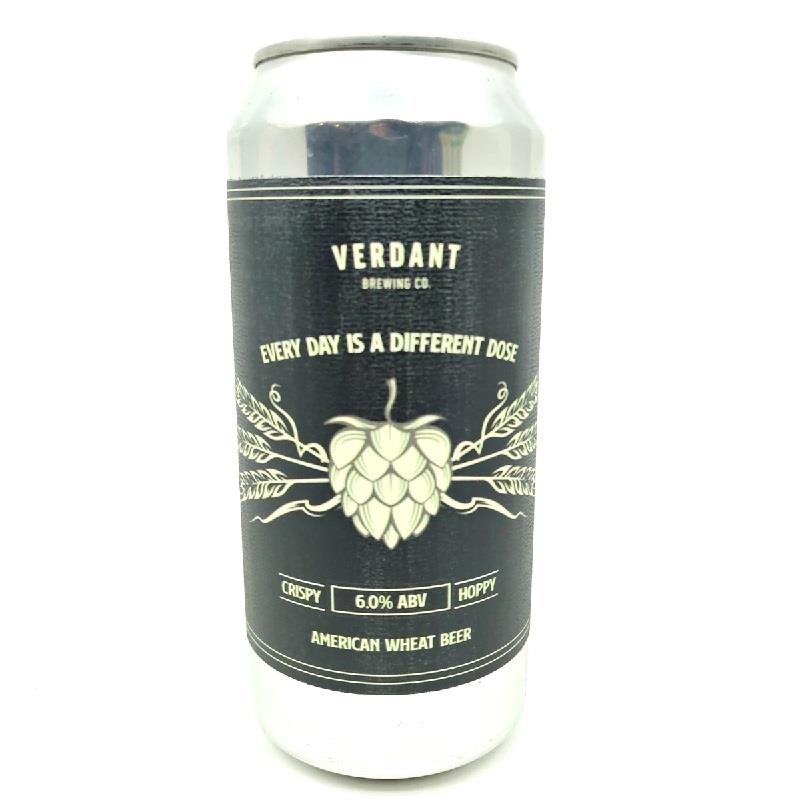 VERDANT Every Day Is A Different Dose - 440ml

With 30% of the grist made up of wheat malt and an elevated level of sulphate
in the mash, expect our take on an American Wheat to be crisp and
crushable with heaps of pithy citrus and pine.