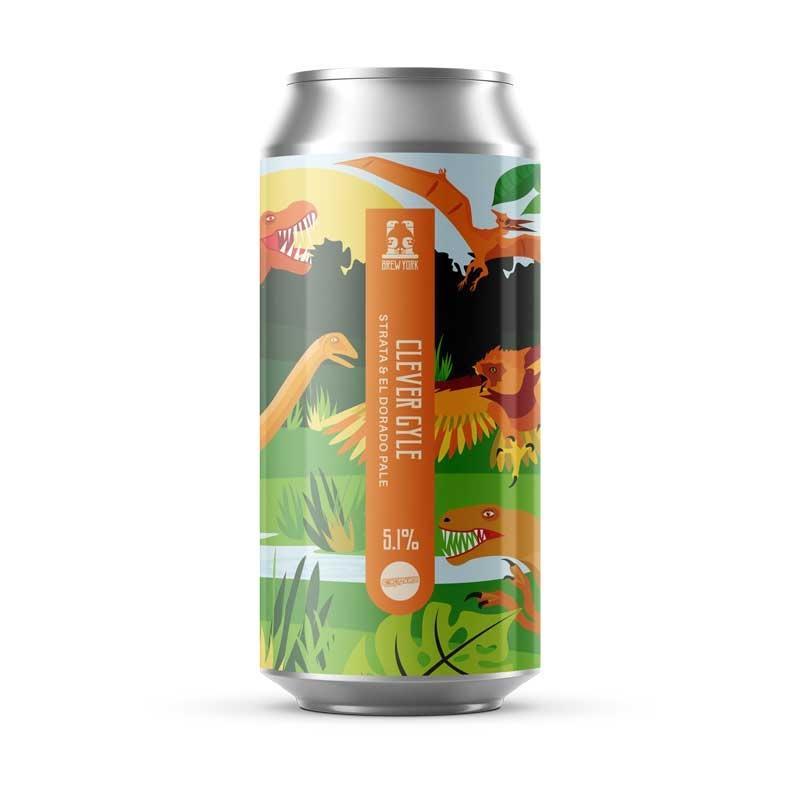 We welcomed our good friends Neon Raptor to join us in brewing a pale that, unlike the falsely oversized creatures in the famous film, is true to form, compact and yet not lacking in bite. Hitting hard like a Tricerahops with Strata and El Dorado we bring tropically with pineapple, mango and passion fruit and Pterosaur-ing high with Ekuanot, Simcoe and Mosaic to round the fruity characters off perfectly. Certainly a beer for you to try-assic….Clever gyle indeed.