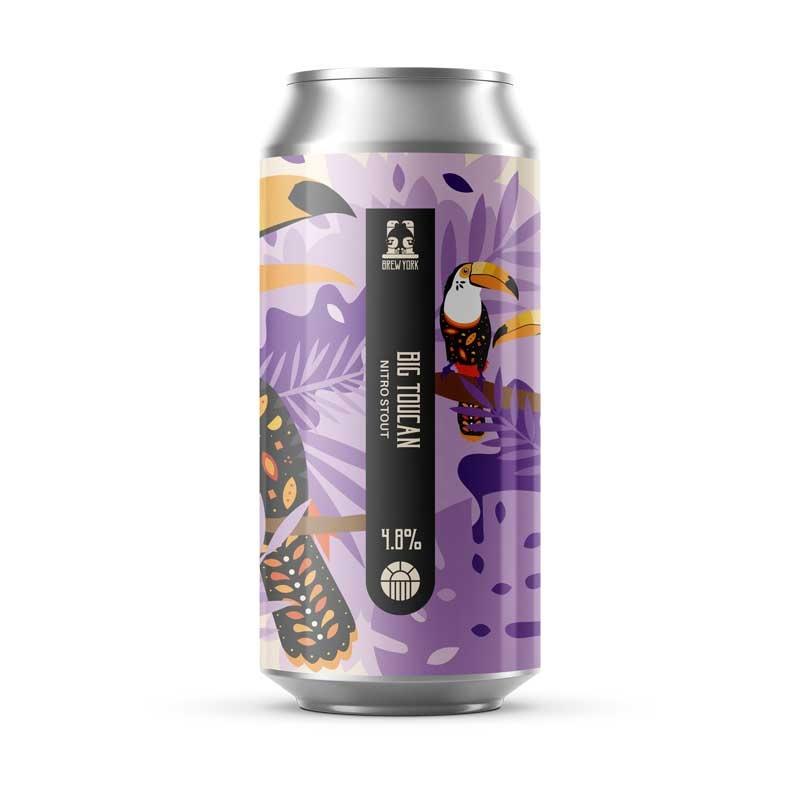 A cheeky nod to the world’s best known nitrogenised beer, Big Toucan is a full-bodied nitro stout packed with robust roast flavour and bitter chocolate complexity. The nitro element added upon canning adds a silky mouth feel and creamy opulence that enhances the beer’s flavours and aromas. We recommend a ‘hard pour’ method when pouring this beer into a glass: pour at 180 degrees and let the head settle before drinking.