HAVE A BEER ON US! WE'RE CURRENTLY ADDING A FREE BEER TO EVERY ORDER! 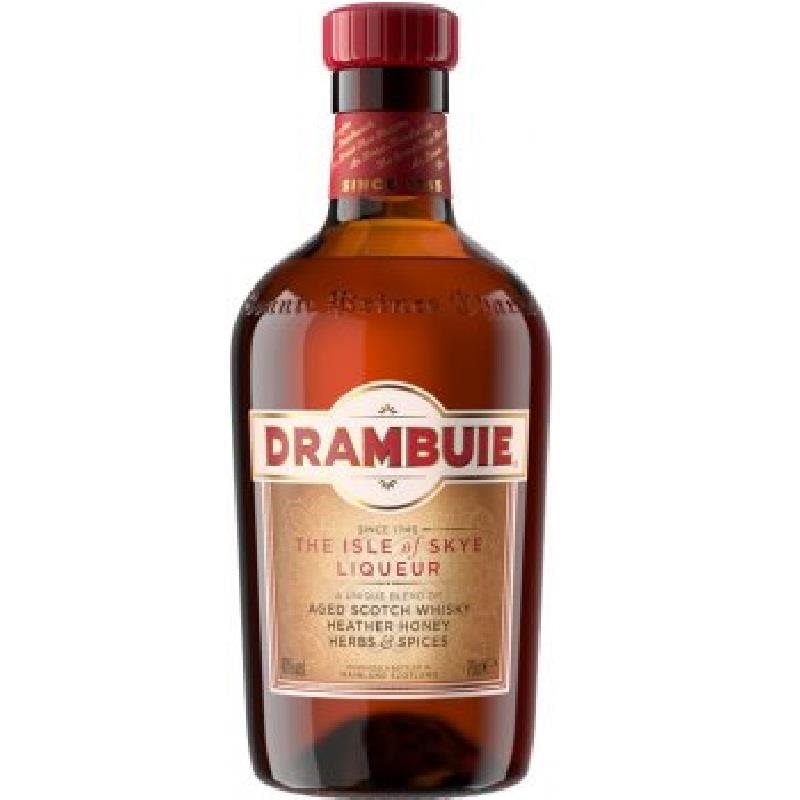 The taste of Drambuie is the result of infusing a unique blend of aged Scotch whisky with a secret combination of spices, heather honey & herbs. Its origins can be traced to a secret recipe created for Bonnie Prince Charlie by his Royal Apothecary in the 18th Century.

The elixir was infused with spices such as cloves for their medicinal purposes, and saffron to give the liquid its rich golden colour. It became the Prince’s personal draft, and he drank a few drops each day for strength and vitality.

A unique Highland spirit - it is most certainly royal in appearance, exquisite in taste and deliciously potent. The name Drambuie is derived from Scots Gaelic An Dram Buidheach and means "The Drink that Satisfies".