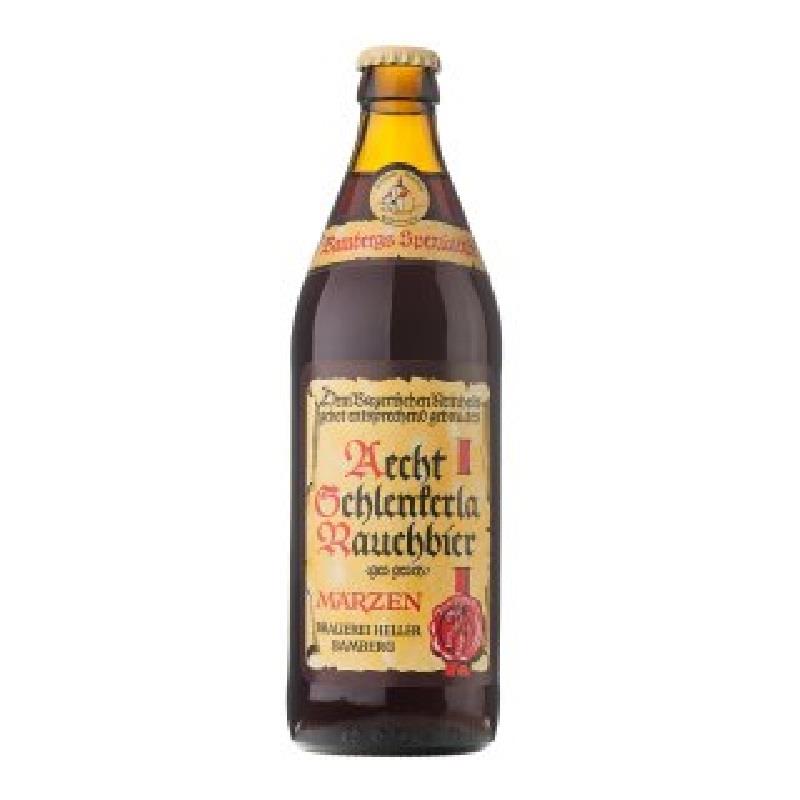 Smokebeer from Schlenkerla is a dark, aromatic, bottom fermented beer with 13.5 percent original extract, which is equivalent to an alcohol content of 5.1 percent. No doubt: there are stronger beers, but nevertheless, one should not underestimate............. it can make you "schlenker" quite a bit. Its smoky flavor is being achieved by exposing the malt to the intense, aromatic smoke of burning beech-wood logs at the Schlenkerla-maltings. After mixing it with premium-class hops in the brew, it matures in 600 year old cellars, deep down in the hills of Bamberg, into a mellow, magnificent-tasting beer, best drunk directly in "Schlenkerla". An Original amongst the beers, even amongst the Bavarian beers.