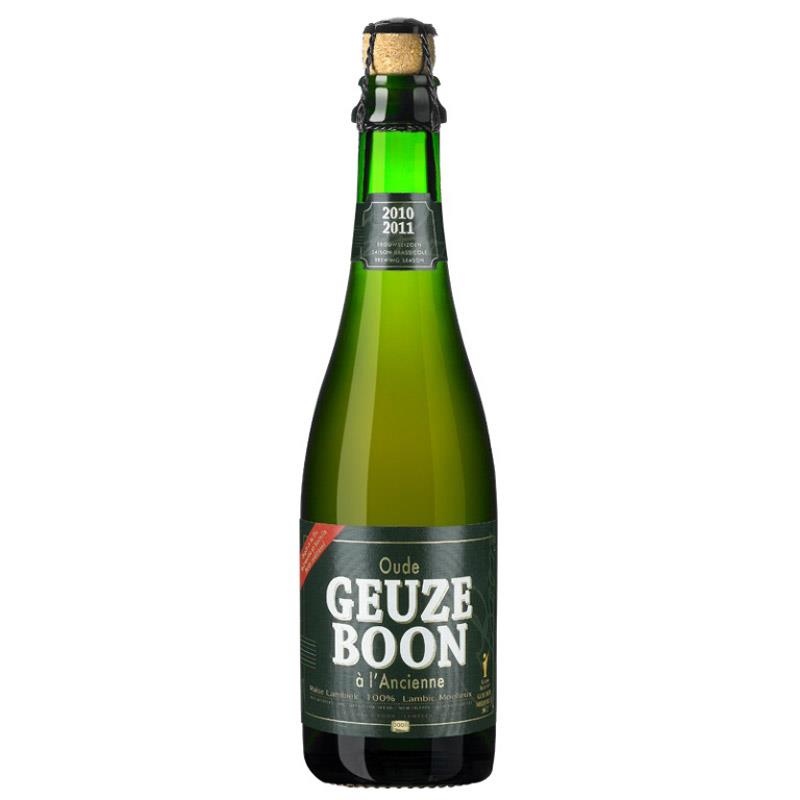 Oude Geuze Boon is one of the finest examples of the traditional 100% spontaneous fermentation Lambic style. To moderate the sourness, Boon Brewery only brews Lambic in the 7 cold months, from early October until April, according to the traditional "turbid mash" system. This Lambic beer is aged for 1, 2 or 3 years in oak casks. The blend, a mild average 18 months old Lambic (unsweetened, unfiltered, unpasteurised) is refermented in the bottle and can be stored up to 20 years. Brewed in Lembeek, the village that gave Lambic its name. Awards at the World Beer Championships: 2008 Gold, 2010 Silver, 2012 Gold Medal.

Since 1975, Boon Brewery has been owned and run by Frank Boon, one of the pioneers of the authentic lambic and gueuze revival. But the first signs of the brewery date back to 1680, as a farm-brewery and distillery in the village of Lembeek. In 1860 Louis Paul bought the brewery to brew only lambic and faro. From 1875, he began bottling gueuze lambic. In 1898, Pierre Troch bought the brewery. But after the economic crisis of 1927, it came into the hands of Joseph De Vits. His son, Rene is renowned for the production of soft and fine gueuze lambic. As Rene De Vits had no children, he sold the brewery to Frank Boon.