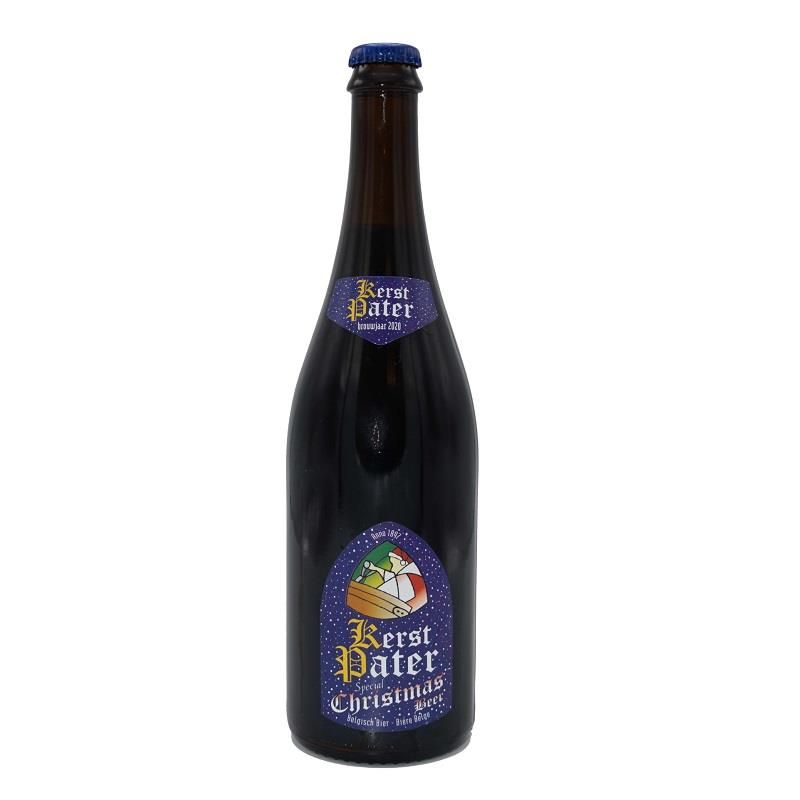 Kerst Pater from Brouwerij Van Den Bossche is a top fermentation beer, re-fermented in the bottle with an alcohol content of 9%. Dark brown with a touch of red colour. Fruity aroma and flavour with notes of caramel, malt, hop and spices.