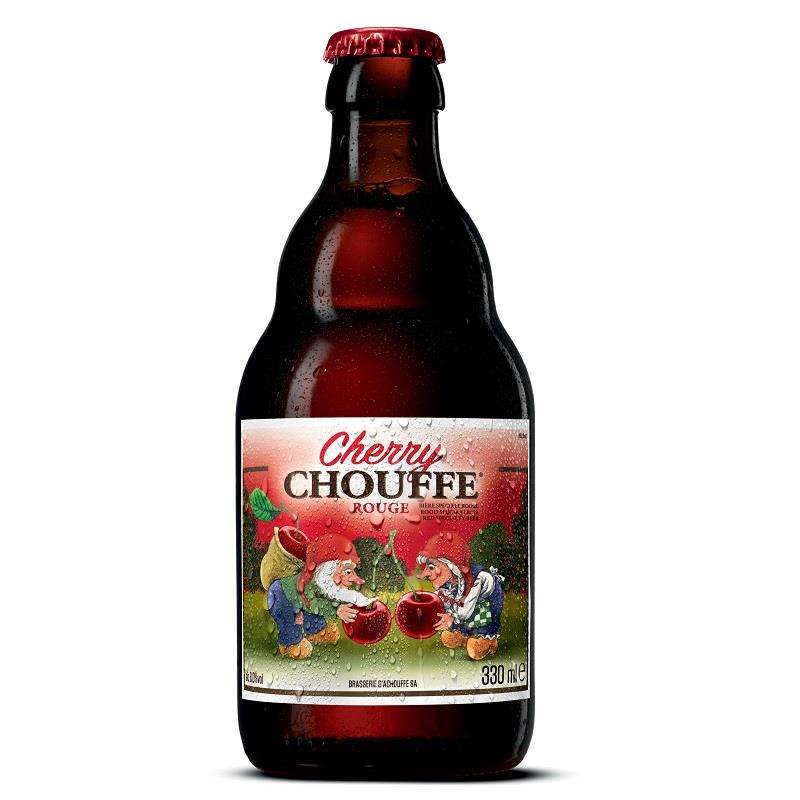 This is the latest addition to the Achouffe Brewery... The aroma of Cherry Chouffe gives pride of place to cherries. It also reveals notes of strawberry, almond, spices and sweet Port. Round-bodied, soft and delicate, Cherry CHOUFFE delights the gourmands among us. It has a satisfying finish, with a very slight bitterness.