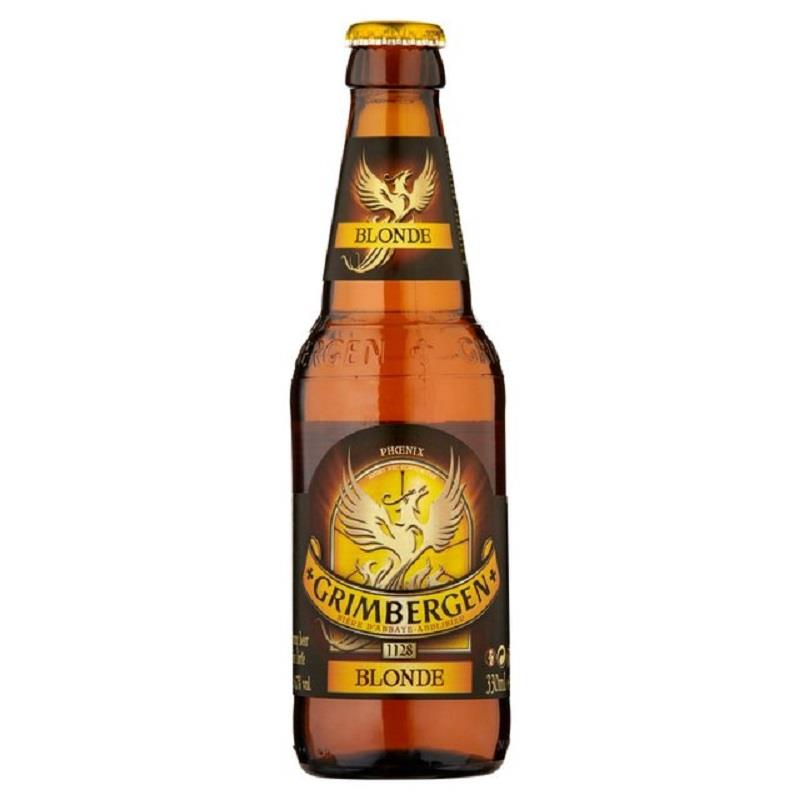 A smooth, blonde ale with ripe yellow fruit flavours, a spicy note of clove and a dense, cream-coloured foam. When the first regular breweries were founded in the Middle Ages, beer filtration was not a common technology and few mastered it. Among these few were the Fathers of Grimbergen Abbey, who became renowned experts in craft brewing. Their masterpiece was the filtrated Grimbergen Blonde – a pure, smooth, blonde ale with ripe fruit flavours and no cloudiness – that stood out from other beers of the time. Today, it’s still an insider tip among beer connoisseurs around the world

Brouwerij Alken-Maes
Alken-Maes was created out of the 1988 merger of two small breweries, Maes, located in Waarloos and Alken. Both had specialized in pils (Maes was producing Maes pils and Alken Cristal pils) until Maes purchased the Union brewery (based in Jumet) in 1978, which produced Grimbergen beer among others. After the merger, the group continued to purchase other breweries to expand their offer to a larger panel of beers. In 1989, the new brewery purchased a 50% stake in De Keersmaeker brewery, which specialized in spontaneous fermentation beers such as Mort Subite. In 2000, it bought Ciney and Brugs Witbier as well as the other 50% of De Keersmaeker. In the same year, the brewery was bought by British company Scottish & Newcastle, which in turn was bought by the Carlsberg/Heineken consortium in 2007. In 2002, it took over the Louwaege brewery from Kortemark (producing Louwaeges Kriek and high fermentation Hapkin). Alken-Maes has now become the number two on the Belgian market. Its headquarters are in Waarloos.